Gurgaon based Twigly is yet another food start up in India that has secured funding, having just announced that it raised $200,000 in its angel round of funding. 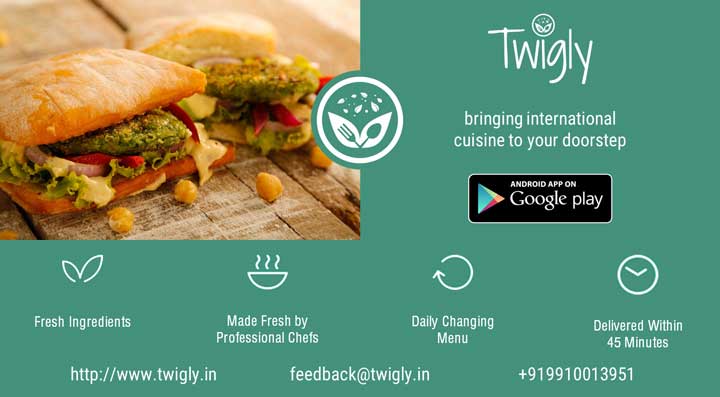 Established in 2015 by co-founders Sonal Minhas, Rohan Dayal and Naresh Kachhi, Twigly aims to provide customers with competitively priced organic food which is delivered in and around Gurgaon. It’s based on a model of Sprig, which operates in San-Francisco.

Operating out of a central kitchen, Twigly works with a group of chefs “tasked with scouring the world for great recipes that suit the Indian palate, and then transforming them to ensure that they can be cooked quickly and delivered fresh.”

The #Carrot #Raisin #Idli is on the menu today – we <3 #SouthIndian #food. Order now for just Rs. 100! pic.twitter.com/qFyYvqgY8p

It’s an Android app that claims that it will deliver fresh food within 45 minutes of placing the order.  At present, the start-up is pulling in up to 400 orders per day.

Venture capital firm, Tracxn Labs is on board with the funding, along with angel investors Sahil Barua (a co-founder of Delhivery), Mukhul Singhal and Deepak Singh.

With the funding, the start-up aims to expand its delivery reach across Delhivery the next few months. It also plans to tie up with hyper-local delivery firms.

7 Places In Delhi For The Booziest LIIT