A video released by Insider talks about how gluten sensitivity might not what we thought out it to be and might not even exist. This they say on the basis of a study that found that fructan and not gluten was the reason behind this sensitivity.

Hear It From The Experts 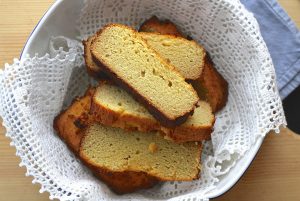 The research says that fructan is a carbohydrate which is found in grains like wheat, barley and rye plus in the foods which are gluten-free like agave, artichokes, asparagus, leeks and even onions. The video further says that the research that showed that fructan was the real reason behind the gluten sensitivity had 59 participants for their study. Over the period of six weeks, the participants tried three types of muesli bars: with gluten, with fructan and without gluten or fructan.

Out of the 59, 24 who ate the bar which had fructan complained of the most amount of discomfort. 22 of them had discomfort from the bar which had neither fructan nor gluten. The remaining 13 had a discomfort because of the gluten bar. This being a small study might not be reaching definite conclusion but has probably initiated further research on gluten sensitivity.

Here’s How Much An Innocent Sandwich Effects The Environment