We couldn’t resist starting off with a little rhyme – but it’s true, Burger King USA has introduced chicken fry rings to its menu. Like their predecessor, the chicken fries, the rings are already making waves across the world.

The chicken fry rings are essentially loops of fried chicken; sort of like onion rings made with chicken. According to the chain, the rings are optimal for nibbling on and for dipping into sauces. 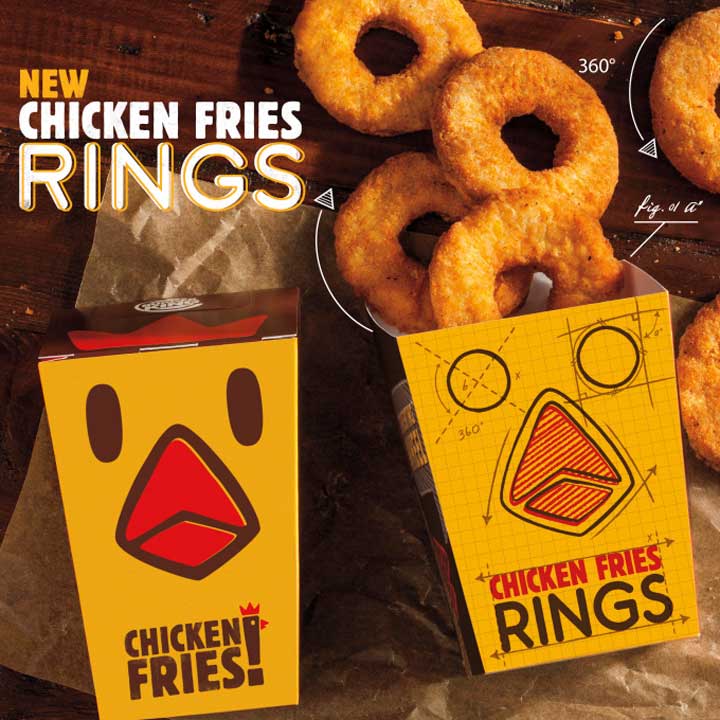 The rings will cost $2.89 for six pieces; looking at those golden fried beauties we’d shell out the dough in an instance. Sadly, the rings are yet to come to India.

However, recently, Burger King brought its Angriest Whopper; an immensely fiery burger to India after it met with success in the US, so we’ve got our fingers crossed.

The chain also reintroduced their popular chicken fries to their menu in March this year. Additionally, they recently added Grilled Dog emojis to their Chicken Fries keyboard, marking the addition of grilled dogs to their menu.

Furthermore, the chain has also announced that it will be reviving its 10 nuggets for $1.49 deal for a limited amount of time. Enough reasons to visit Burger King? We think so too!

Related Topics:burgerchickenfood news
Up Next

Yours Food Launches Yours Malto Energy Biscuits In East India

Usain Bolt Is Opening A Chain Of Restaurants In The UK!