The Food Safety and Standards Authority of India (FSSAI) has asked for suggestions and comments from the World Trade Organization (WTO) – Sanitary and Phytosanitary (SPS) committee for the standards of drinking water through vending machines. A report by the FnB News says that it has asked for these suggestions to be given within a period of two months. 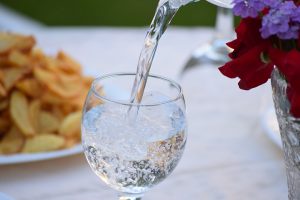 FnB News spoke to a source from the Maharashtra State Packaged Water Association who said, “It is a government rule to have a BIS certification mark on packaged drinking water. BIS is the primary thing to identify and conclude that the water is safe. Every manufacturer selling packaged drinking water is required to have BIS, whose overall cost goes upto Rs 1.5 lakh with weekly, monthly and yearly inspections. As plastic is harmful for human health, its use is not permitted. Hence, the use of stainless steel is compulsory in the plant. Whereas in case of vending machines, hardly any inspection is carried out. Thus, it cannot be 100 per cent hygienic.”

He added that, “if it is compulsory for a manufacturer selling packaged drinking water to have a certification mark, why is it not mandatory to have the same for water from vending machines?”

If You Live Here, You Can Have Your Favorite McDonald’s Delicacies Come To Your Doorstep