Findings Of The Visit

The visit by Kumar in the eight schools brought to realisation, the fact that minor irregularities were present in the implementation of the mid day meal scheme. An order was passed by her to correct these irregularities seen in schools as well as anganwadis. She also felt the need to introduce ready-to-serve food in schools as she found it more suitable. Focusing on nutrition, she suggested that salads should be a part of the mid day meal. For this, the school should use manure and grow their own vegetables said Kumar. 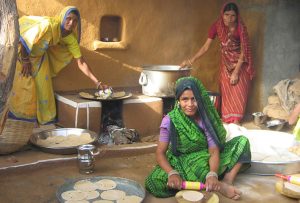 Speaking with the media, Kumar also expressed that under the supervision of Chairman DP Reddy, the food commission is being able to implement the provisions stated in the National Food Safety Act (NFSA) in Punjab. She also added that such visits to check the schools and anganwadis is a regular feature by the food officers.

Here’s Why Sula Vineyards Harvested Its Grapes Early This Year