If you have found yourself on random nights, waking up craving for food and raiding your fridge or searching your phone for food delivery services, fret not, because you aren’t alone. A new study has revealed two time slots at night – 7 p.m. and 2 a.m, when all the hungry web surfers around the world start searching for food-related information.

A team of scientists analyzed hourly food-related queries from five countries – the United States, Canada, India, Australia, and the United Kingdom, wanting to see if they could spot trends in human behavior based on a massive database of Google searches. 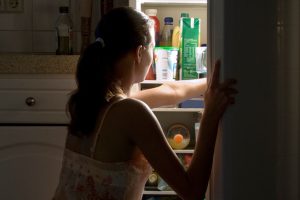 They looked for general food-related keywords such as “pizza delivery” or “Chinese delivery” and country-specific delivery companies like India’s “Swiggy” and “Just Eat,” which serve the United Kingdom and Australia, for two 1-week periods, reports the publication. The team also analyzed 5 years of data to see if they could discover seasonal trends.

The researchers reported today in Royal Society Open Science that the two spikes in food-related searches occurred across all countries, keywords, days of the week, and seasons. According to them, the peaks likely represent two different groups of people searching for food during the late hours of night – one older, the early birds and one younger, the night owls. Another hypothesis that was presented is that the two groups are simply running on different internal body clocks, which affects the time they need their evening calories.

Beverage Companies Start Buyback On The Plastic Bottles In Maharashtra