Pineapple on a pizza, or as it is more popularly called Hawaiian Pizza, has been a topic of debate for a long time. The subject has discussed and argued over quite a number of times, with Iceland’s president, Guðni Th. Jóhannesson – even calling for a ban on pineapple pizza, saying he was fundamentally opposed to the idea – of course, he later clarified his strong views by saying, “I do not have the power to make laws which forbid people to put pineapples on their pizza”. 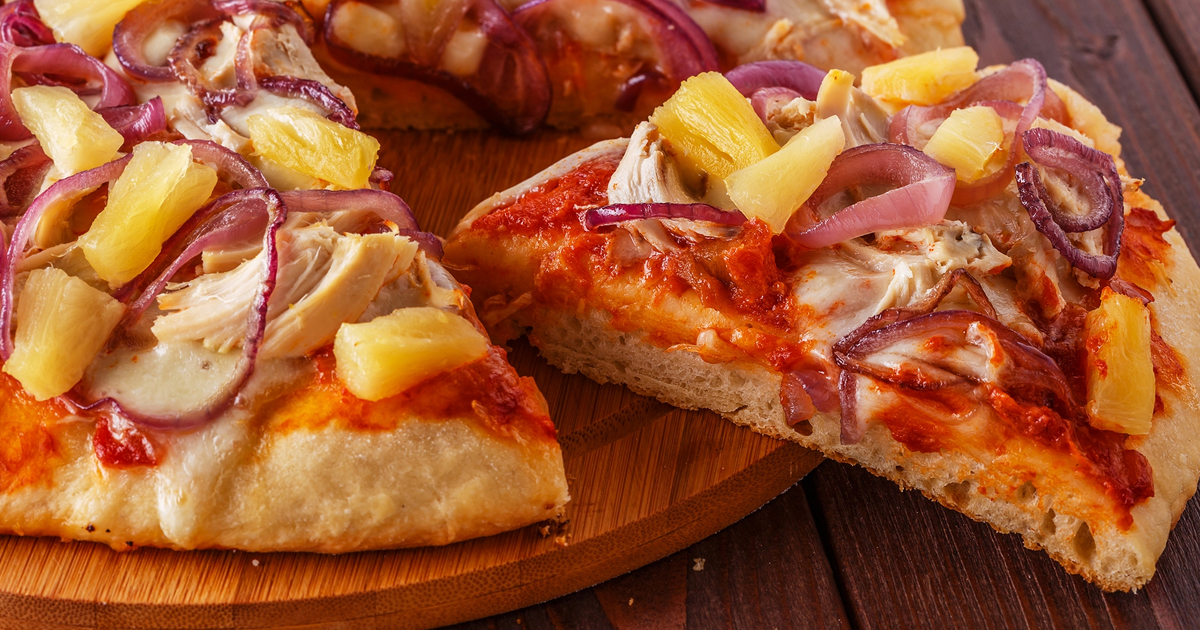 Of course, the simmering hate for the food was rekindled and people went berserk (again) and started sharing their love and hate for the pizzas (again) on social media. Weighing in on the debate, Chef Gordon Ramsay also voiced his opinion. And given his prowess as a culinary expert, we tend to actually listen and consider his point of view.

Earlier this week, Ramsay hosted The Nightly Show, and while there, he ordered pizzas for the in-studio audience. Yes, he ordered the pizzas while hosting the show, in front of the audience. Which is precisely when his views on pineapple pizzas came hurling out of his mouth, coated in a string of f-words, of course. As the chef was on the phone with the pizza place, an audience member hollered a request for pineapple on the pizza. Gordon Ramsay’s reaction was — perhaps unsurprisingly — harsh. He put his hand over the phone’s mouthpiece, looked straight into the crowd, and said, “You don’t put f*ckin’ pineapple on pizza”, reports Refinery29.

So, the next time you want to speak against the notion of the fruit laden pizza, just quote Ramsay. Maybe, not verbatim but you know what we mean! And if you’re a pineapple pizza loving Ramsay follower, you may as well sit down at that crossroad and finish you pizza before going forward.