Fun fact, there exists a category of foods called “manly foods” and chef Anthony Bourdain despises it. And while we are not sure what all foods and drinks fall under this group, we do know that the Parts Unknown host does not like assigning edibles to a particular gender.

“It really offends me. If I’m in any way responsible or seen as supportive of ‘bro cuisine’ I mean, it makes me just want to hang myself in the shower thinking about it”, Bourdain said in a statement.

Well, he does make sense. In a century that is increasingly becoming gender neutral in a number of ways, defining food for specific genders seems a bit off. And gender neutral or not, what are “manly foods” – or girly foods, for that matter – even? Beer? Whisky? We’d be lying if we said that we didn’t know healthy bunch of women who enjoy a chilled pint or a little poison on the rocks. 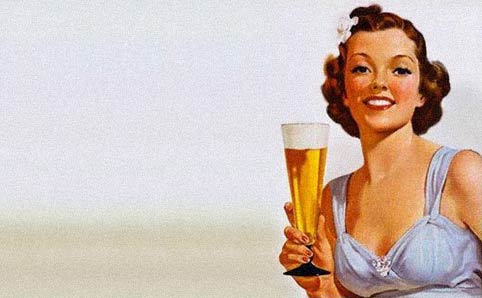 It’s not just masculine/feminine grubs that have Bourdain stirred; he is also against “appreciation festivities” that bring together people to taste different foods and drinks.

“I frankly don’t like the idea of organized appreciation festivities. You know, people sitting around doing tasting notes for festivities would be an eternity in hell,” he explained. “The idea of a bunch of high-fiving white guys with ties and their jackets off talking about scotch—that’s not the way to enjoy a fine whiskey to me. I like my whiskey best enjoyed alone, actually.”

Though we’re all for food festivals and tastings, we sure don’t go around high-fiving people during the same. Then again, we aren’t “white guys” with out “ties and jackets off”.

10 Famous Personalities And Their Favorite Liquors