We all agree that airplane food isn’t the best. Whether it is due to scientific or biological reasons or simply because in-flight food is bad (barring a few exception of course), we’d rather just grab a coffee and sandwich from one of the airport lounges than be served a lame excuse for a “meal”. And what’s better than an airport than has been validated by one of the best food experts in the world, a.k.a., Anthony Bourdain?

Bourdain may not like a lot of things (like the Unicorn Frappuccino), but airport food is definitely not on that list. Especially when he’s travelling via one airport in particular. Much like his contemporary, Gordon Ramsay, the Parts Unknown host prefers not to eat on flights so he mostly just grabs something at the airport, especially is he’s flying via Changi Airport, Singapore. According to Bourdain, at this airport, there’s an incredible hawker center. It’s technically meant for the Changi Airport employees, but it’s also open to the public, and very much worth checking out.

For the uninitiated, a hawker center is a lesser ornate cousin of the food court but with equally – if not more – delectable food choices including ready-to-eat options as well. For those familiar with Singapore, the city is home to hawker centers in abundance. In fact, two hawker center-based food stalls in Singapore were awarded a Michelin Star last year, according to The Telegraph. So planting one at their airport does not come as a surprise. 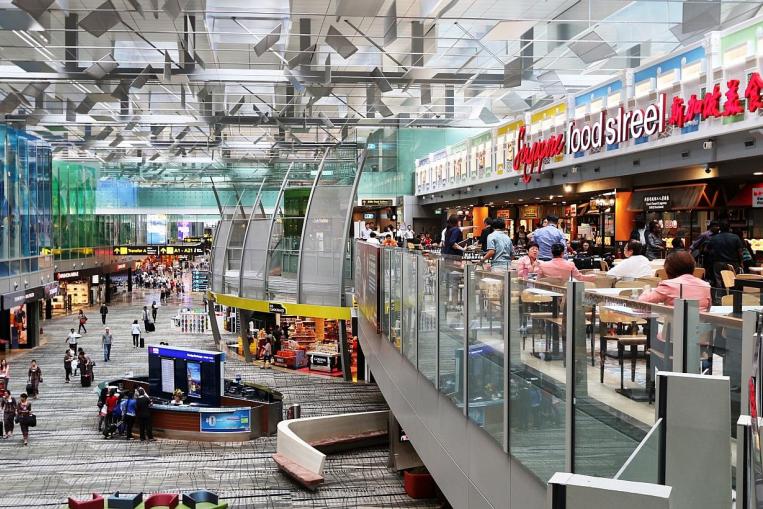 Not travelling via Changi any time soon? Fret not for Bourdain named another airport equipped with some amazing food option – Tokyo Airport. The Appetites author mentioned an “extraordinarily good” eating nook for travellers – the sushi bar next to the gates that serve flights to America, he told the New York Times. But for people who’ve had their fill of sushi during their stay in Japan, Bourdain suggests hitting up the Lawson convenience store. He says the store sells ” ethereal egg salad sandwiches that defy logic and science with their deliciousness and apparent freshness.”

Get ready to become your co-passengers’ envy with Bourdain-approved food aboard your next flight!

Why Did Himesh Reshammiya Break His Alcohol-Abstinence Vow For ‘Teraa Surroor’?