Verge has released that Facebook has removed its “feeling fat” emoticon this week after an online petition urged the website to see that “fat is not a feeling,” 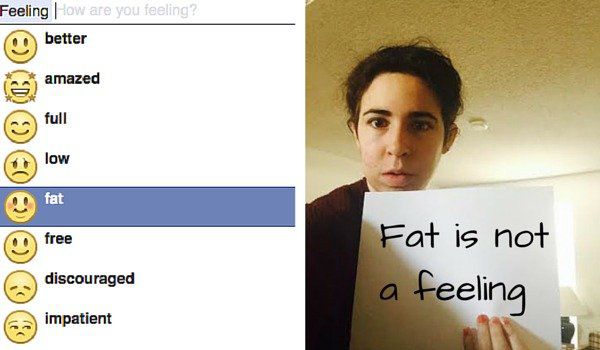 Protestors argued that the use of the particular emoticon made it possible to make fun of people who are considered overweight, and could possibly reinforce the negative body attitudes of those who suffer from eating disorders.

In a statement, Facebook announced the decision to remove the “fat” icon.

“We’ve heard from our community that listing ‘feeling fat’ as an option for status updates could reinforce negative body image, particularly for people struggling with eating disorders,” announced Facebook. “So we’re going to remove ‘feeling fat’ from the list of options. We’ll continue to listen to feedback as we think about ways to help people express themselves on Facebook.”