Earlier this week, Burger King sent a white flag video along with an open letter to McDonalds’s. The video proposed that the two burger mullahs partner up to create a McWhopper. The hybrid was to be a token and symbol of peace on 21st Septemer 2015, i.e., World Peace Day. A “ceasefire” of sorts. 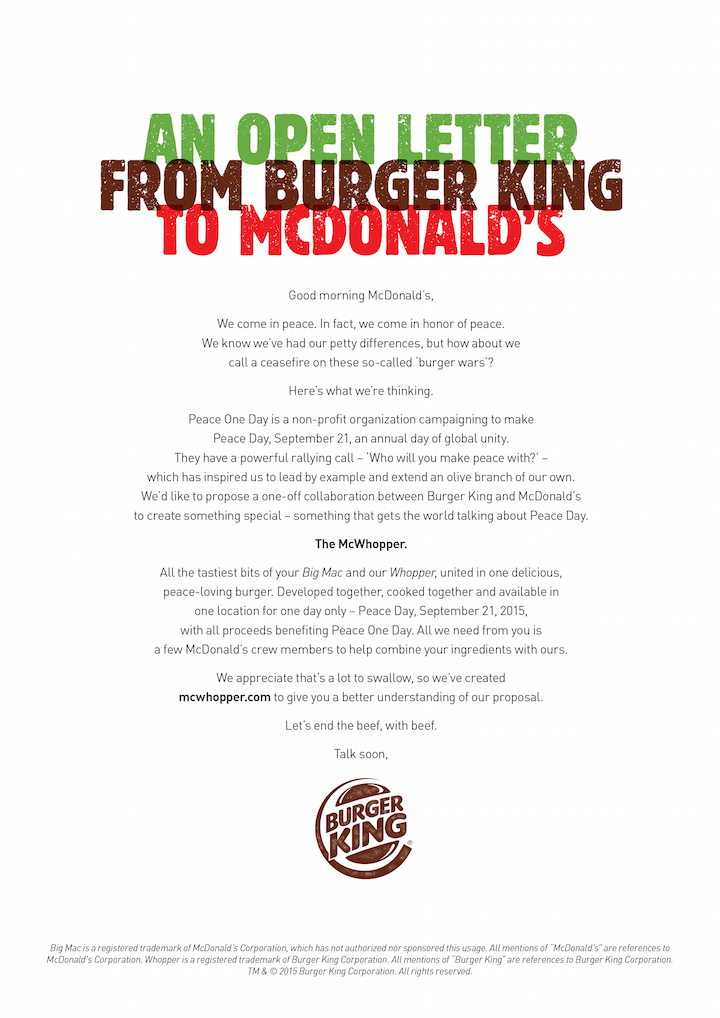 Burger King suggested that the “ceasefire” would take place at a single pop-up shop halfway between the corporations’ headquarters, with all proceeds going to the Peace One Day charity.

In the proposed pop-up shop, employees from both companies would wear special uniforms, and the burgers they would serve might blend the Big Mac’s top bun (Burger King, not surprisingly, calls it a “crown”) and Big Mac sauce with the tomato slices and 4-ounce meat patty from the Whopper, among other things.

One sticking point could have been the ketchup. McDonald’s famously stopped using Heinz ketchup when 3G bought the company, and Burger King has suggested using it on the McWhopper.

Hold your pigeons though.

McDonald’s has turned down the offer, with the company’s CEO Steve Easterbrook responding via Facebook post and Twitter to say “we love the intention but think our brands could do something bigger to make a difference.”

Dear Burger King, Inspiration for a good cause… great idea. We love the intention but think our two brands could…

The world is wondering what this “something bigger” might be, but it’s good to watch McDonald’s respond to the offer without implying that it’s somehow against world peace. Yeah, that’s like stepping on a live mine.

Instead, the company has chosen to take the ethical high road by telling Burger King that creating the McWhopper wouldn’t be “meaningful” enough and piously reminding the company that a “friendly business rivalry” doesn’t match the “real pain and suffering of war.”

Let’s hope that after this somewhat holier-than-thou response, McDonald’s actually comes up with something consequential for September 21st. That way, there might be some real benefit from this promotional back-and-forth. Although the idea of a McWhopper really got our hopes up! 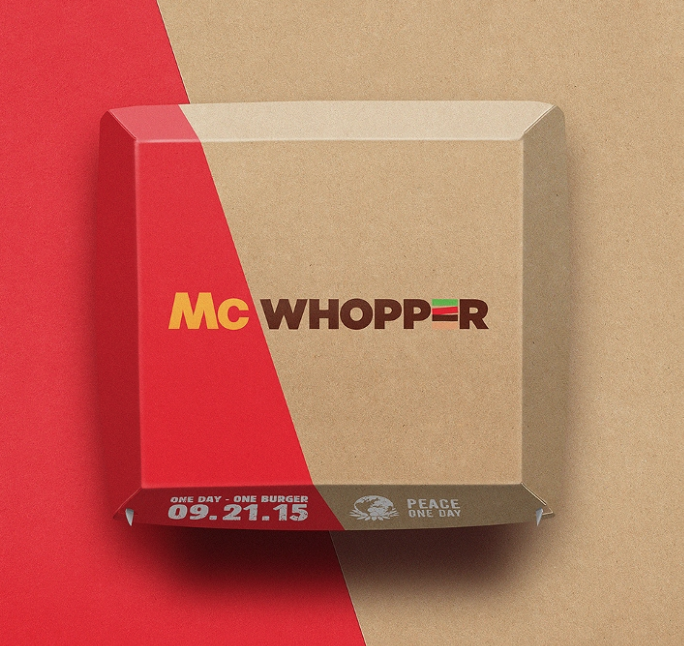 Are you ready to say Goodbye to Evernote Food?