Do Labels Match the Contents? 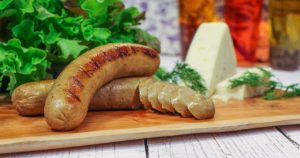 Do labels match the actual food content? A food analytics company in the Bay Area called Clear Labs is aiming to shake up the food manufacturing industry using genetic testing. With this technology they hope to eliminate food related illness and outbreaks, which occur time and again. The company just released the first in a series of reports called Clear Food, which are markers for the public to be guided, and to enable the public to make an informed purchase of groceries. The customer can by this report make sure the contents of the product matches what the label claims. 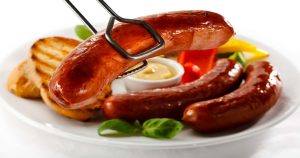 In its first report Clear Labs, are concentrating on analyzing hotdogs, also the ones which claim to be vegetarian. Clear Labs analyzed 345 samples from 75 different brands and found, somewhat disturbingly, that 14.4 percent “were problematic in some way.” The larger problem is that there are hotdogs that included meat and did not list it in the contents. A major problems was hotdogs that included meats not listed on the labels. There was a 3% of undisclosed pork. Clear Labs opines that there is less protein in the vegetarian hotdogs than the manufacturers claim. There are hygiene concerns too.  Human DNA was found in 2 % of the hotdogs 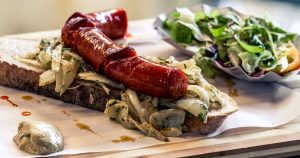 Clear Food has not identified the companies with the problem. Classic Oscar Mayer beef nabbed the first spot in their recommendation list and closely followed by Ball Park and Hebrew National. Their advice is those who do not want to eat or want to avoid pork should stick with kosher brands. Vegetarians are advised that Trader Joe’s is safe.  Clear Labs has just launched a’ Kickstarter’ campaign, which is to raise funds, for further research. Clear Labs will allow the funding companies to decide on which segment and companies are to be researched. Possibilities include burgers, sushi, and coffee, wine and gluten free products.

Restaurant Week India: Make Reservations At These Restaurants In Mumbai