These fair food makers decided to put their evil brains together and create a masterpiece that is so deadly, it might be the end of normal coffee. They have bent the rules and pushed technology to create the world’s first deep-fried Starbucks Coffee. 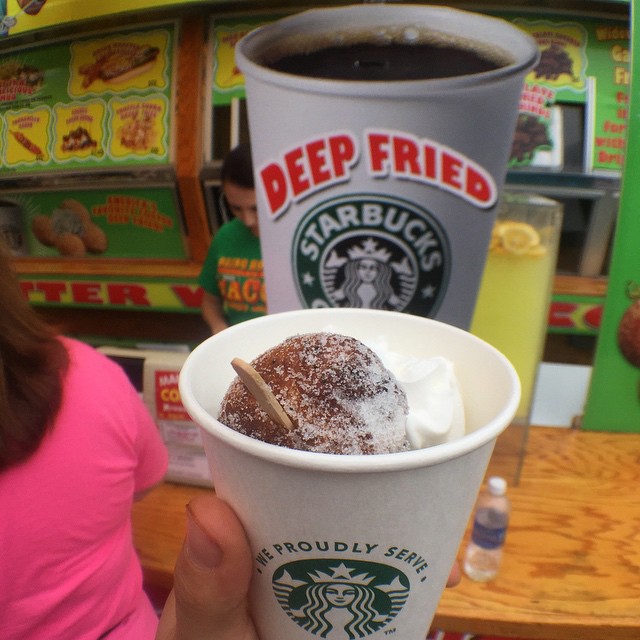 According to Foodbeast, the new deep-fried coffee comes from the Bacon-A-Fair booth at the San Diego Fair, where it is served in a Starbucks-branded paper cup. The deep-fried coffee actually looks like a deep-fried doughnut hole filled with coffee grounds, served on a stick and topped with whipped cream. They’re meant to taste like coffee with cream and sugar, but folded into batter and deep fried.

We owe a salute to the Bacon-A-Fair People who have managed to create something a little less healthy than the Frappuccino and we didn’t think that was possible. The deep-fried coffee is available at the San Diego Fair and reportedly will be traveling along to other fairs throughout the summer. Apparently, people are waiting in line to grab a bite of this exotic coffee. We would too!

Starbucks – How To Earn Discount Coupons

9 Waffles In Delhi That Are Absolutely Syrup Worthy

15+ Recipes To Light Up Your Festivities