Diet food and drinks,though less in calories might lead to weight gain says a new study conducted by the researchers at the Yale University in the US. This happens as that the brain misreads the calories in the diet food and reduces the metabolism say the researchers. “The assumption that more calories trigger greater metabolic and brain response is wrong. Calories are only half of the equation; sweet taste perception is the other half,” senior author Dana Small, Professor of Psychiatry at Yale University School of Medicine told the Telegraph.

She adds, “Our bodies evolved to efficiently use the energy sources available in nature. Our modern food environment is characterized by energy sources our bodies have never seen before. When sweet taste and energy are not matched less energy is metabolized and weaker, or inaccurate, signals are sent to the brain.  Either one of these effects may affect metabolic health.” 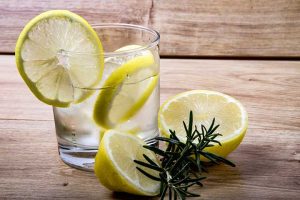 The study included scanning the brains of 15 persons during the time they consumed diet drinks and also during the time when they consumed regular drinks. The energy burnt by their bodies was also observed. They found a mismatch and observed that since diet drinks lack the sweetness as regular drinks, the brain assumed that there were fewer calories to burn. Thus, the metabolism was reduced and the reward circuits in the brains also did not register the calories that led to more consumption of food.

“This research should be enough to convince you that artificial ingredients, whether they be in food or drink, can screw up your system even though they may sound healthy. They may be free of calories but not of consequences and diabetes is only one of them,” Tam Fry, of the National Obesity Forum, told the Telegraph.

While there were those who agreed with the study there were some who claimed that it is not completely proven that diet drinks are all that harmful. “There is currently no strong evidence that diet drinks are necessarily bad for you whereas there is stronger and consistent evidence for sugar sweetened drinks being linked to higher diabetes risk. Overall, my advice to people drinking sugar-rich drinks would be to replace with water but that if this is not possible, diet drinks are still a better choice to prevent tooth decay,”said Naveed Sattar, Professor of Metabolic Medicine at Glasgow University to the Telegraph.

Tom Sanders who is a professor emeritus of Nutrition and Dietetics, at King’s College London completely trashed the study by saying, “The claim is not supported by the observational evidence on people who are long-term consumers of artificial sweeteners. Furthermore, an analysis of trials of replacing sugar sweetened drinks with artificially flavoured drinks show that there is some weight loss. Weight gain is certainly is not caused by drinking artificial sweeteners.”

This Is Why Eating Spicy Food Could Make You Temporarily Deaf

Feast On Modaks While Travelling By Tejas Express During Ganesh Mahotsav