Since it opened last year, Bandra’s Desi Deli has been winning itself fans left and right for their fast food meets deli fare including quirky hot dogs named the ‘Akbar’ and the ‘Anthony’ and the super indulgent Lush Lamb Burger.

Because it’s always good to shake things up once in a while, Desi Deli introduced some new items to their menu including the Bird in a Pear Tree – a chicken hot dog topped with rum maska and eggnog (yes, seriously), the Desi Turkish Salad featuring aubergine and pomegranate and the Desi Crème Brulee.

Lolita Sarkar, who spearheads the Deli said “With the launch of the new menu, we aim at indulging our guests with many exciting new delights and extending the range of our popular menu. A lot of research and experimentation has gone into introducing the new items. We’re excited.”

So were we the night we visited Desi Deli to sample dishes from the new menu. After seating ourselves in the outdoor area of the small eatery and arming ourselves with their unique Icenspice Chai Latte – a cold, faintly spicy tea flavoured with spices, we decided to try the Super Lush Burg and The Champ.

Served with Desi Deli’s House Desi salad, The Champ is a dish that features tender, succulent mutton chops flavoured with spices and cooked in a heavy, velvety sauce that has very Indian flavours – taste it and you’ll know exactly what we mean. The accompanying salad, made with fresh greens, nuts and an uplifting dressing gave the dish its ‘deli’ characteristic. 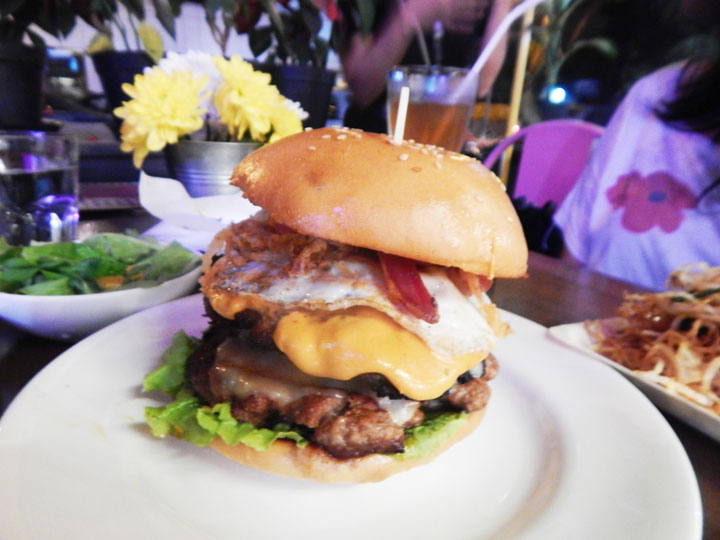 While we enjoyed The Champ, unsurprisingly, the stand out champion of the meal was the Super Lush Lamb burg. A extremely tender, melt-in-your mouth double patty was folded between sweet, juicy slices of apple, oodles of cheese, a fried egg and strips of bacon – a hefty mouthful and a supremely indulgent dish that will have meat-lovers going gaga. Check out this photo the deli took of one of eating the burger (the center one) to see the effect it had on us.

Still caught up in a haze after that burger, we surprised ourselves and ordered two desserts – despite being stuffed to the absolute brim. And yet, when the Desi Cup Cake and the Desi Creme Brulee arrived, we managed to polish them off in a flat five minutes.

The Desi Cup Cake; a cup of soft chocolate cake infused with a cherry and topped with soft crème analgise and a cherry sauce that went perfectly with the chocolate was the first to vanish. 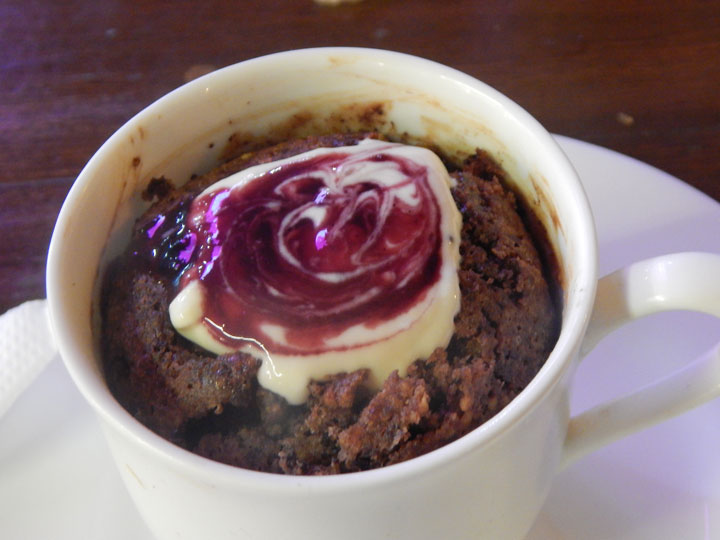 Then, we cracked open the sugar crust of the innovative crème Brulee, and relished the smooth, silky texture of the custard which was elevated by the accompanying edible rose petals. 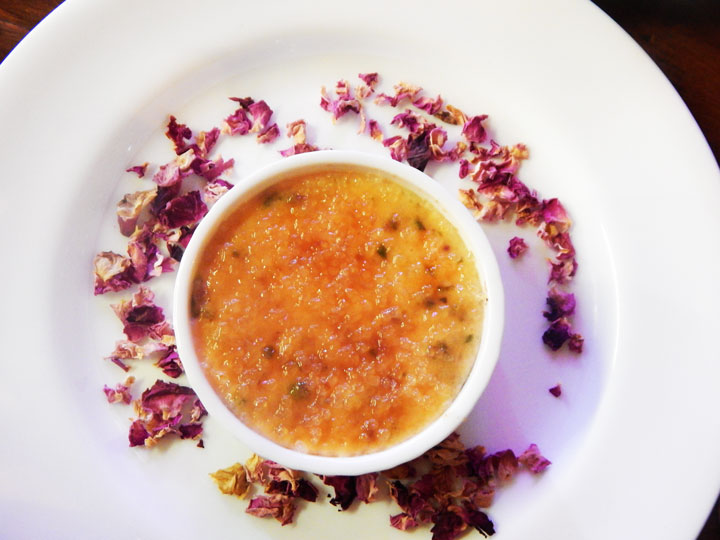 In case you couldn’t tell (really?), we were highly impressed by Desi Deli’s new menu. Paring together exciting combinations of ingredients with finely balanced flavours and competitive prices (always a plus point), it’s sure to pull in even more customers than the Deli was catering to before. Give it a try and we’re sure you’ll be converted!