India has, over the past few years, developed the exquisite taste for freshly baked gourmet breads and bakes, which has in turn paved the way for a number of bakeries, cake shops, and boutiques. One such patisserie and boulangerie that has cropped up in the Capital is L’Opéra, which has further spikes Delhi’s love for chocolate, cakes, and all things sweet and baked.

The Delhi-based bakery that has thirteen flourishing outlets in a number of popular markets like Nehru Place, Khan Market, and more in Delhi and Dehradun, has set out to grab the top spot on the chocolatier and patisserie segment by kicking off its biggest outlet at PVR Director’s Cut in July 2017. Speaking to India Retailing about their new venture Chairperson at L’Opéra, Kazem Samandari revealed a few details about this shiny new outlet. 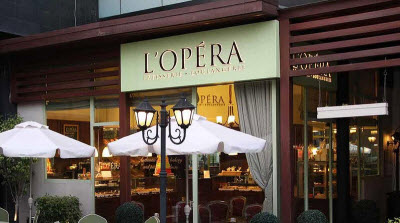 According to Samandari, PVR, looking for a fresh new makeover, contacted L’Opéra to collaborate with them to “open a 20-seater Salon de Thé within the complex.” Reportedly this sprawling 800 sq. ft. space will be L’Opéra’s most prominent outlet with fittings and an ambience just as refined – if not more – as the most exclusive cafés in Paris.

In addition to the face-lifting nook at PVR Director’s Cut, the patisserie is also looking to kick off new outlets in Defence Colony Market as well as DLF Mall of India in Noida. Also L’Opéra is planning to expand its presence across India with several new outlets in Mumbai by early 2018, and three more cities there on, namely Pune, Bengaluru and Chennai, taking their national totally to 20, which will further go up to 60 outlets pan-India, and 3 production centers plus two satellite kitchens, reports India Retailing.

Meanwhile, you can visit their existing bakeries here.