Who could really hate Nutella? Unbelievable right? Well, we now clearly know someone who does. This might come as a shocker to many but Chrissy Teigen is anti-nutella! She has been quite vocal about her dislike for Nutella on social media and recently during an appearance on Hot Ones, a Youtube series where celebrities answer questions while eating chicken wings covered in progressively hotter sauces.

Nutella, the universal favourite hazelnut spread is a breakfast staple for many people and for some even a midnight binge food. In 2014, the actor tweeted her shocking revelation “Nutella is s—.” She then went on to list all the things that were better than the spread, including baked beans and dried squid! Seriously, Chrissy? 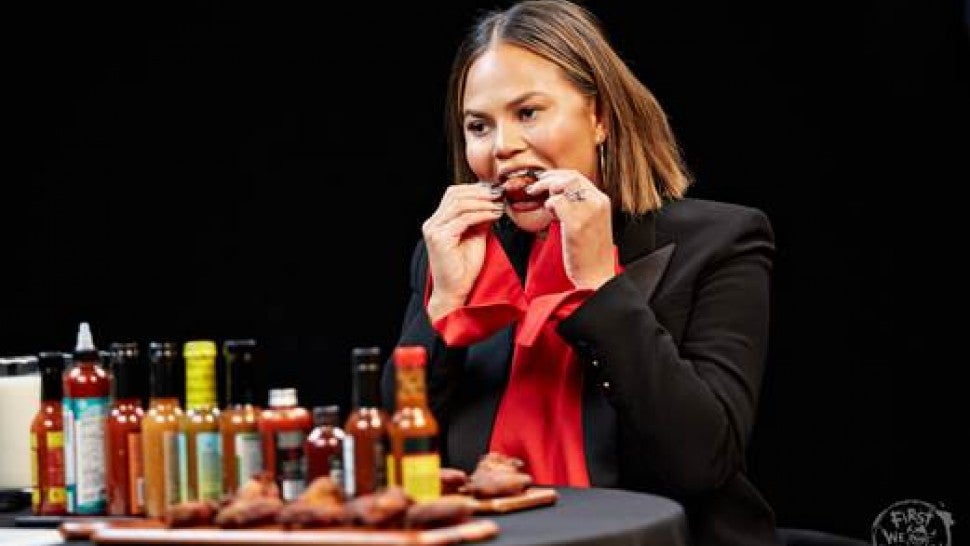 During the show, she was asked why Nutella is trash to which she replied – “Oh God, I knew that one was the first one for some reason. I think a lot of people think that hazelnut is good for them and like, ‘Oh, I feel so French,’ but no, you’re eating chocolate in the morning. It’s the mimosa of foods…which is fine, but that’s what I have to say about Nutella.”

Well, we don’t think Nutella is trash at all, tell us what you think in the comments below!