Chipotle’s burrito is undoubtedly a popular item. But it is no secret that the burrito is a calorie bomb. It’s delicious, but full of calories. After a rough 2016, with problems including food poisoning allegations and GMO issues, this fast-food chain was on a parth to turn around and do better.

But this direction doesn’t seem to come easy for them. Upon the nationwide launch of its newest protein, chorizo, Chipotle has prominently advertised the new menu option, with a “Featured Item” poster saying, “Try our new deliciously seasoned, perfectly grilled spicy chicken and pork sausage in a burrito with white rice, black beans, fresh tomato salsa, and a sprinkle of cheese.” Sounds delicious, doesn’t it? 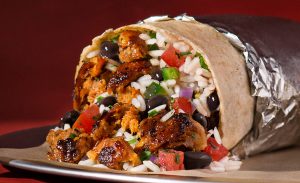 The problem is, the ad lists the chorizo burito at 300 calories. Internet users and chipotle patrons have been questioning the authenticity and accuracy of this ad. Though, common sense would guide you to knowing that this burger contains way more than 300 calories!

Oh Chipotle, this burrito is not 300 calories. There’s that many in your tortillas. Please don’t lie. ?? pic.twitter.com/VSwNzAoRW2

While you can make this realisation without the help of Sherlock Holmes, according to MyNewsLA three plaintiffs have filed a class action lawsuit against Chipotle for providing “false nutritional information,” claiming “consumers are lulled into a false belief that the items they are eating are healthier than they really are.”

Upon calculation, using The Chipotle calorie calculator, it suggests a chorizo burrito with rice, beans, salsa, sour cream and cheese is a whopping 1165 calories! Now who wouldn’t feel betrayed by that? However, Chipotle has clarified that the calorie count was for the chorizo meat only, and not the burrito.

@LidiyaKravchuk I’m sorry for the confusion, but we’ll make things more clear next time. The 300 calories is for the chorizo. -Gabe

Hopefully 2017 turns out to be a better year for this fast-food chain!