Connect with us
News from the world of chocolate is that KitKat will be unveiling its newest flavour – KitKat Butter. Unfortunately, it is going to be available in just one store, Chocolatory. Chocolatory is a KitKat specialty store. The Chocolatory branch of the store that will sell these butter-flavoured chocolate wafers is located in the city of Sapporo in the island of Hokkaido, Japan. Now, if you just happen to be somewhere around there and the Butter flavour intrigues you, you can buy a four pack for $3.36 or a twelve pack for $10.20.
Why butter flavour chocolate, you may ask? Japan is known for its upbeat quirky food culture. They have all you-can-eat burgers (see: all-you-can-eat Whoppers at Burger King, Japan) and then their domestics (the ones that go meow!) roam around as freely as wind on a summer’s day. So it really is no surprise that they have a new butter flavoured KitKat specially for that city. 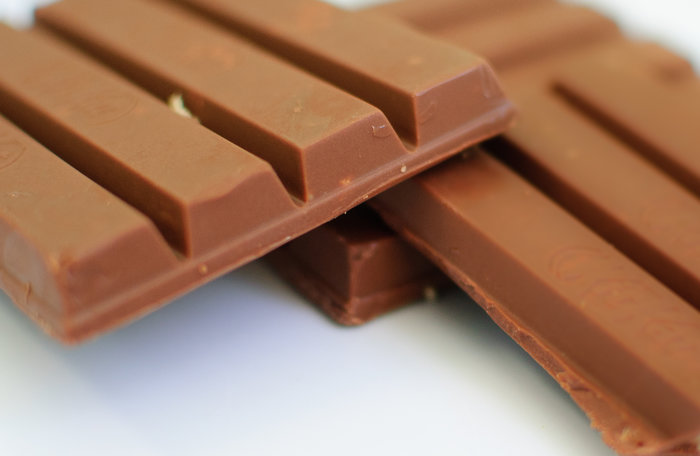 Okay, jokes apart, the reason behind this butter flavoured chocolate is really as simple as a contest organised by the Tsuji Group culinary school which sought to find an ingredient that was local to the region. Yes, yes butter won. And the butter flavoured KitKat is being released in this honour. The region is famous for milk, butter, cheese, salmon and sea urchins. So if you think about it logically, which the butter flavour makes it hard to do, it’s obvious that butter flavour KitKat are the ‘thang’ in Japan!
Related Topics:butterkit katkitkat
Up Next

10 Food Fueled Guinness World Records That Will Leave You Speechless