Karina Garcia’s built a 5.7 million-strong following — and paid for her house — all through her love of slime.

Karina Garcia’s family jokes that her house is built on slime. They’re not wrong. It’s how the 23-year-old paid for her new pad in California, built a following of 5.7 million on YouTube, and launched a new cookbook, Karina Garcia’s DIY Slime. She never intended for making slime to be her full-time gig — or even to become the sort of YouTube celeb people wait in lines for at BookCon in New York — but here she is. And it’s all because she got bored one day and started scrolling Pinterest reports Delish

“I played with slime as a kid, and I got bored one day and started looking for recipes online,” she explained. “There weren’t many out there, so I decided to experiment with making my own.” 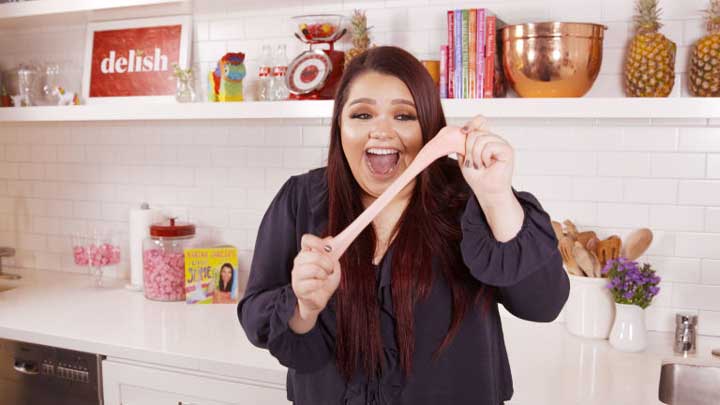 She started posting regular videos about slime, posting all kinds of colors, ingredients, and textures. Her popularity started snowballing with kids, who loved her cheery, colorful DIYs.

“I’m very raw in my videos. Even editing, if I make a mistake, I’ll leave it in the video, because it shows I’m not perfect,” Garcia said. “I think it makes me more relatable.”

After a while, she started dabbling with edible slime. She found a few recipes online that called for using gelatin, but she wasn’t impressed with the results. They tasted like glue.

“What’s the point of it being edible if it’s not going to be delicious? So I just started melting candy,” Garcia said. 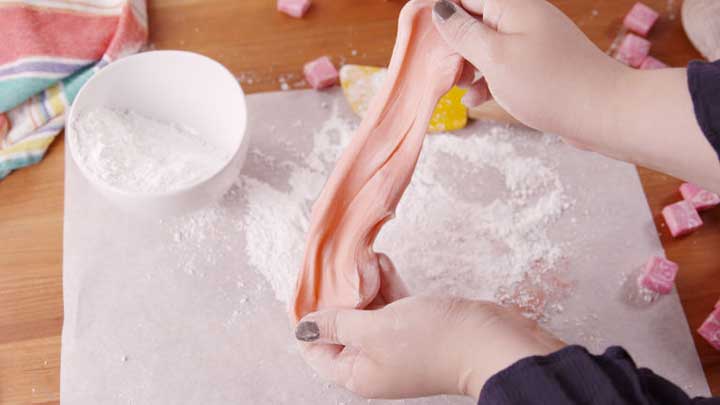 Once again, she tapped into a market nobody was touching — and hit the jackpot. A slimy, pink Starburst jackpot. More than 5 million people watched her Starburst slime video, and before long, she had a book deal, bringing her recipes beyond people’s cell phone screens.

Now, her audience is large enough that — through a combination of YouTube ads and sponsored posts — she’s able to focus on her slime-based brand full-time.

“I used to get a lot of hate for it in the beginning,” Garcia said. “I’d make slime once a week, and people were like, ‘what are you doing? You’re so weird.’ Now, people get it. It’s this sensory thing that’s fun to look at and stress-relieving to play with.”

Chocolate Scented Incense Is Now A Thing In Japan