On Tuesday, the Delhi High Court issued an order to Britannia to withdraw its NutriChoice Digestive Zero biscuits in its current packaging in a suit filed by ITC. According to the order, ITC is alleging that Britannia had copied the packaging of its Sunfeast Farmlite Digestive All Good biscuits.

An official spoke to Economic Times about the development and said, “Britannia will contest on the basis of the fact that Farmlite Digestive was very close to NutriChoice in design when it was launched in February.” Ajay Tejpal, an advocate at the Delhi HC also told ET that, “The case is pending and could come up for hearing shortly.”

While Britannia was not commenting on any specific action plan, a spokesperson for the company said that its exploring all legal options. Sudeep Chatterjee, counsel for ITC said, “Whatever stand Britannia takes in the appeal, it will be adequately dealt as and when the appeal will be filed.” The Delhi HC has also directed Britannia to withdraw its NutriChoice Digestive Zero biscuits in the current packaging within four weeks, after observing that the yellow and blue colour scheme of the wrappers, as well as other features appeared the same as the ITC product. 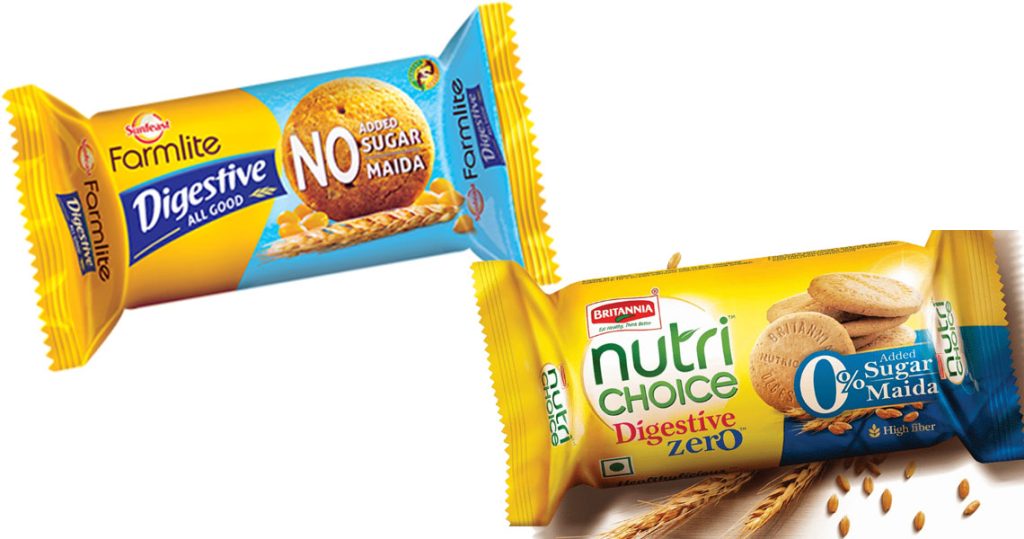 The order had said, “It is satisfied that the impugned packaging for the Nutri Choice Digestive Zero Biscuits launched by Britannia is deceptively similar to the packaging of ITC’s Sunfeast Farmlite Digestive All Good biscuits and such deception is likely to confuse the consumers of such biscuits, even the discerning health conscious ones, into thinking that Britannia’s biscuits are that of ITC’s.”

With a 66% market share, Britannia would be able to win over the ITC customers and can still use any packaging that is distinctively different from what is being used by ITC for its Sunfeast biscuits, the court order also said. ITC had filed a suit seeking “permanent injunction restraining violation of their rights in the packaging and trade dress” of Sunfeast Farmlite Digestive All Good biscuits. It argued that Britannia had adopted a “deceptively” similar blue and yellow packaging for its Nutri Choice Digestive Zero biscuits, launched six months after the launch of ITC’s Sunfeast Farmlite Digestive All Good biscuits.

“Britannia Nutri-Choice, launched in 1998, has been built on the brand’s own strategy and not been influenced by any other brand. The product in question, which is the Zero variant of NutriChoice Digestive, will also continue to be available across the country, whilst keeping in line with the court order,” Britannia spokesperson had said, reacting to the court order.