Donald Trump may be a billionaire and among a lot of other things but the man is definitely not one for salads and caviar. Trump likes his food, well, junk. He likes his Filet-O-Fishes, Big Macs and has been described by Donald Trump Jr. as “a burgers-and-pizza kind of guy”. 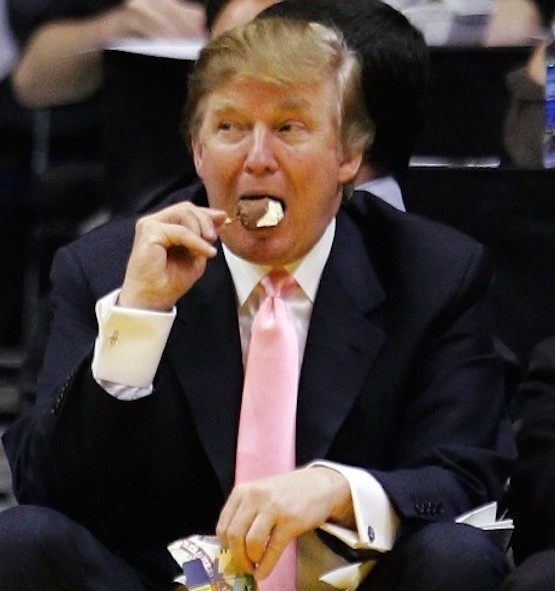 The guy once said, “I have never seen a thin person drink Diet Coke” only to reveal later on that his go-to beverage is Diet Coke. *Looks up hypocrite in the dictionary*

When asked about the craziest thing he’s ever eaten on the road, “Oreos” comes the answer and talking of favorites, Trump has pasta and beef topping the list with candies and cherry vanilla winning in the desserts section.

Melania Trump, the businessman’s third wife, once told Martha Stewart about the man’s love for meatloaves. And interestingly enough, based on a family recipe, the dish even features on the menu at his club at Mar-a-Lago. 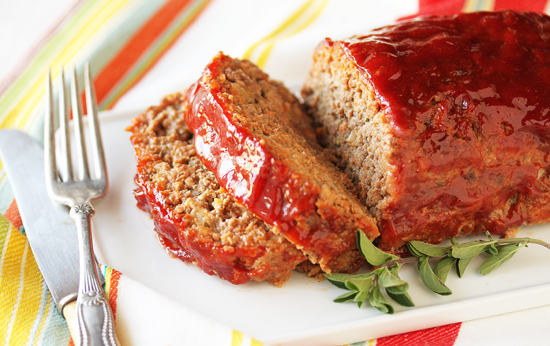 We’ll also take it that man is a steak lover considering he is the proud owner of Trump Steaks. And although a teetotaler, the magnate also owns a winery he bought from socialite Patricia Kluge in 2011, which now under the ownership and oversight of his son Eric and yields a decent sparkling wine.

Trump’s least favorite meal of the day happens to be the kickstarter – breakfast. But on the occasions that he does indulge in the morning meal, Trump prefers bacon and eggs, or cornflakes “right out of the fields of Iowa”.

Lunch is nothing fancy, mostly eaten at his desk. But dinner, now we’re talking! “My big thing is dinner”, he says, revealing that he likes pasta, second helpings of potatoes au gratin and steak, which he likes cooked so thoroughly that “it would rock on the plate,” according to what his longtime butler at the Mar-a-Lago club in Palm Beach told a leading daily. 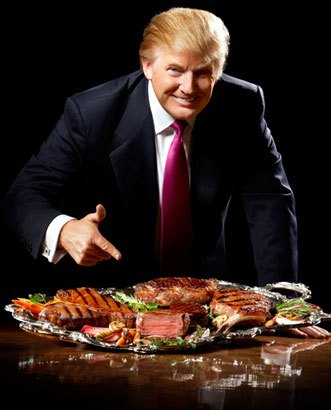 Though, the front-runner for the GOP presidential nomination has eating habits mothers and cardiologists might not be too happy about, cleanliness is his deal breaker when it comes to fast food. Food safety comes first followed by nutrition and flavor as close seconds. “One bad hamburger, and you can destroy McDonald’s,” said Trump in an interview.

The New Yorker, stays true to his city’s staples and relishes pizza but only the topping. Because, Donald Trump. Although regarding this habit Comedian Jon Stewart jeered at him: “Based on how you eat pizza, Donald, I want to see your long-form birth certificate. I don’t think you were really born in New York.” Trump responded via video from his office: “I like to not eat the crust so we can keep the weight down at least as good as possible.” Okay, we’ll just pretend that this grammatically derailed comeback never came.

Anywho, here’s an ad from the 90s featuring Trump doing something wrong but feeling right about it. No, it doesn’t involve a blue dress, you pervert!

Funny that – if Trump sweeps the elections – the chefs over at The White House will be making more trips to McDonald’s and Wendy’s instead of grocery and meat shops!