Pune: As per the survey conducted by the Food and Drug Administration in 2017, high levels of bacteria were found in a large number of packaged drinking water samples drawn from across the state.Traces of Cyanide, a very powerful poison and chemical contaminant were also found in two packaged drinking water samples from Jalna and Parbhani districts.

As per TOI reports, the State University of New York found 90% of the bottled water worldwide, including India, containing tiny pieces of plastic.“The 2017 survey found 15 water samples unsafe for human consumption in Maharashtra. They mainly had bacterial contamination, which can cause gastrointestinal diseases,” said Chandrashekhar Salunke to TOI, the joint commissioner (headquarters), FDA. 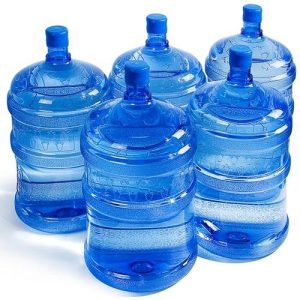 The maximum number of unsafe samples of packaged drinking water in most of the surveys carried out by the FDA officials were found in Pune.The samples from Pune were detected with a large number of rod-shaped bacteria, called coliform. Exposure to which can lead to abdominal cramps, diarrhoea and vomiting,” said SS Desai to TOI, the joint commissioner (food), FDA, Pune.

Likewise, FDA drew 95 samples of packaged drinking water from plants across the state from April 2014 to March 2015 and found 53% of them unsafe and substandard.Apart from the high bacterial count, what was really shocking was the detection of cyanide. Cyanide contamination was found in the samples of bottled water picked up by FDA officials from the packaged water plant located in Ner village in Jalna district and another in Parbhani as part of a routine check.

The plants were surrounded by agricultural land. FDA Officials suspect that chemical fertilizers used in agriculture may have percolated into the groundwater, which was being used by the plants to make packaged drinking water.

Raise Your Glass: HelloFresh Is Launching A Wine Delivery Service This May