Ben & Jerry’s new noble ice cream flavour doesn’t have us just thinking about delicious ice cream but also about saving the world. It’s called Save Our Swirled or SOS for short and is aims to spread the word about the brand’s climate change campaign.

“Ben & Jerry’s has committed to dramatically reducing our own carbon footprint in an effort to help keep warming below 2 degrees [celsius]. With the Paris climate summit approaching at the end of the year, we are asking our fans to join us in calling on leaders around the world to support the transition to 100% clean energy now,” explained Ben & Jerry’s CEO Jostein Solheim in a press release.

Ben & Jerry’s created the flavor in partnership with Tesla Motors and environmental advocacy group Avaaz. With this new ice cream flavour they are hoping to convince ice cream eaters to sign a petition from Avaaz (an international organization that helped organize the People’s Climate March) that calls on world leaders to “transition to 100% clean energy.” The brand is promoting the cause at its scoop shops, with events, ice cream tours, and now with pints dedicated to the campaign. 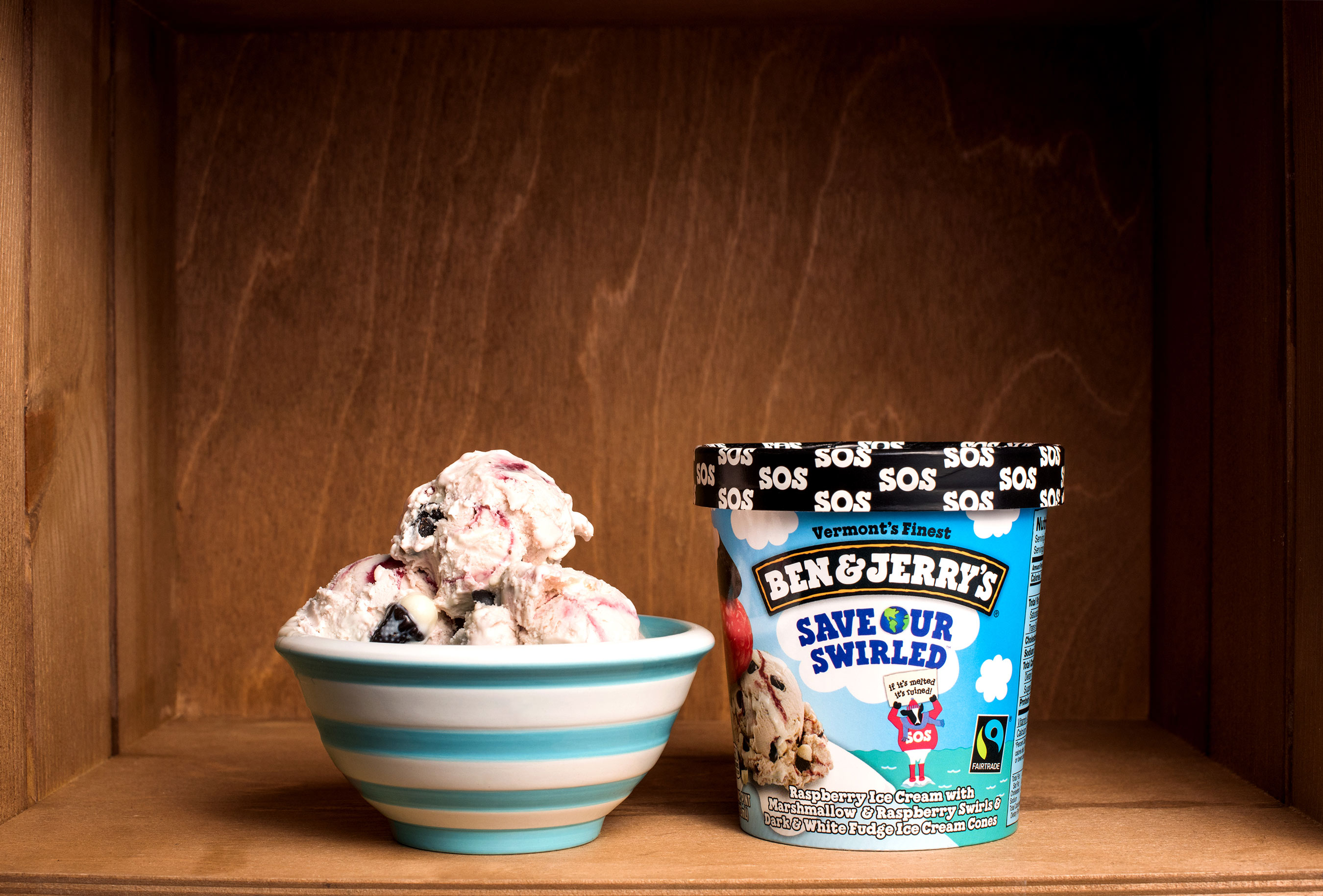 The flavour itself is a combination of raspberry ice cream, marshmallow and raspberry swirls, and chunks of white and dark chocolate fudge. Well, we hope with this new flavour we do our tasty bit for the world!

Ben & Jerry’s Next Ice Cream might not have any ‘Cream’