Following Bhaag Milkha Bhaag in 2013 and Mary Kom in 2014, 2016 too will see its own share of biopics. With Sushant Singh Rajput gearing up for MS Dhoni: The Untold Story, Randeep Hooda toning down for Sarabjit, Emraan Hashmi also joins the long list of on screen real-life characters. The Dirty Picture actor is all set for Azhar, a biopic on the life of former Indian sipper, Md Azharuddin.

Playing a sportsperson on screen is no less challenging than being one in real life. The struggle, sweat and training are for real. And Hashmi’s stringent routine goes on to prove just that.

“Emraan had already been practising with Azharuddin to get the batting style right. In the meantime, he was also shooting for his other film with Vidya Balan and Mohit Suri, for which, he had to put on weight. For the ex-cricketer’s biopic, the actor had to sport a lean frame, for which he hit the gym.

But what he really needed was an athletic body. So, Emraan gave up on weight training and has taken up running. He runs for about 6 km, twice a day”, a source close to the actor disclosed. 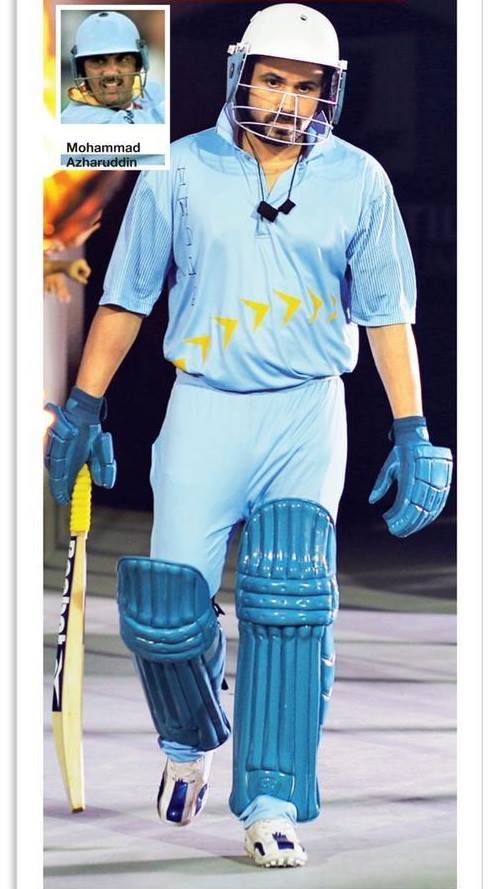 His trainer, Praveen Tokas revealed that the actor had to undergo strength conditioning to make his core strong and to increase his agility.

“We are extensively using Plyometrics for his training to increase his speed and power. We are also concentrating on his starting strength and acceleration, which are required for an athlete,” Praveen said.

Speaking about the actor’s diet, Tokas revealed that even that was being strictly monitored, trying to keep the carbohydrate intake within 1,900 calories per day.

Produced by Balaji Motion Pictures and directed by Tony D’Souza, Azhar is set to hit multiplexes this summer.

Saif Ali Khan May Be A Great Chef, But Kareena Kapoor Khan Avoids His Food