Over the last couple of days, there have been doubts about how well Dabur India did during the last quarter. FMCG major Dabur India on Monday reported a rise of 5.3 per cent in its standalone net profit for the fourth quarter (Q4) of 2016-17 to Rs 302 crore. However, net sales remained flat at Rs 1,432 crore.

On a consolidated basis, the company’s Q4 net profit was flat at Rs 333 crore as compared to Rs 331 crore reported during Q4 of the previous financial year.

“Despite the challenging macro environment, Dabur India reported steady growth in its key categories like oral care, foods and health supplements to end the fourth quarter of the last financial year with a consolidated net sales of Rs 1,909 crore,” the FMCG major said in a statement. 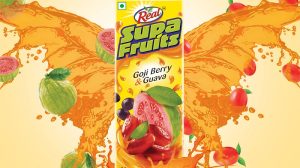 “In constant currency terms, consolidated net sales remained flat for the fourth quarter. Demand growth, still reeling under the impact of demonetisation, remained slow at the beginning of the quarter,” Duggal said.

“However, it improved as the quarter progressed, led by a significant improvement in rural demand. Our India FMCG business ended the quarter with 2.4percentt volume growth.”

I know, it all sounds confusing. But in basic layman’s terms they had a profit but didn’t do as well as they could have in sales, and I’m sure that’s disappointing for them.