Are you that person who becomes moody and grumpy if you skip your breakfast? We, definitely are! Now, this feeling is called being ‘Hangry’.

It’s the latest in a series of words that ‘kids’ these days use. Along with bae and fleek. Well, now one of them is actually a science-backed phenomenon. According to Dr. Brad Bushman, a psychology professor at Ohio State University being Hangry defined by Urban Dictionary as “when you are so hungry that your lack of food causes you to become angry, frustrated or both.” is actually a real thing.

Bushman, in an interview with Thrillist, claims that energy and self-control are intrinsically connected in our brain. When we don’t have enough energy (aka food or sleep), we are more likely to lose self-control and become aggressive. He has a somewhat scientific experiment to back up this thesis. He divided a group of college students in two, and gave one group lemonade with sugar (which has calories), while the other group got lemonade sweetened with Splenda (which does not have calories). He then gave both groups the same opportunity to hit an opponent with loud noise from headphones. Guess what? The Splenda consumers were more likely to want to blast their opponents’ eardrums. 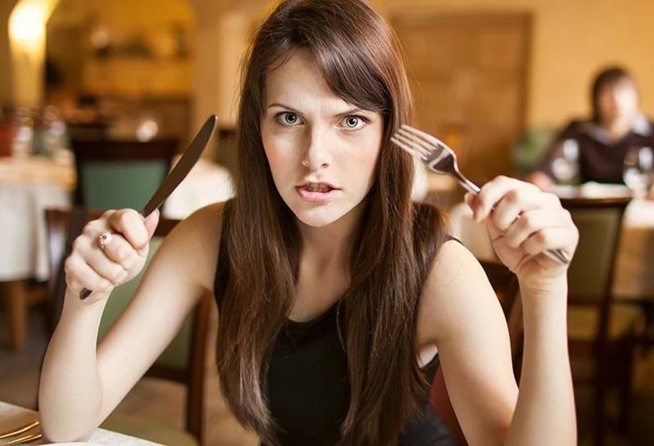 So, No. It’s not just you who wants to hit somebody when you are craving that much needed cheese burger. Unless you want to turn into Hungry Hulk, you might want to make sure you have three square meals a day. Feeling Hangry now? Try out our super quick smoothie recipes that will get you stress free in to time!

This is what happens when you ‘Gourmet’ up Junk Food

April Fools’ Day Pranks for a Little Bit of Fun