Food was being offered at a Ganpati temple in Mahad in the Khalapur Taluka on Monday. According to a report by the Times of India, 2 children died and 80 people were admitted to the hospital after consuming this food.

The food that was the alleged cause of the illness amongst people was distributed by a native village, Subhash Mane as a part of a house-warming function says the report. The Khalapur Police has said that around 500 guests had come down for the dinner and when the first round of food was over around 9 PM, the children starting feeling sick. They as well as the adults starting feeling nausea, dizziness and stomach pain and were taken to Parvati hospital nearby. 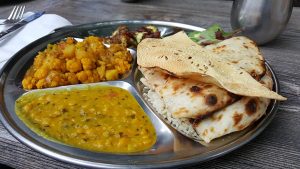 Soon, the number reached to 80 as people kept on falling sick and were then taken to MGM hospital in Kamothe, Gandhi hospital in Panvel and also DY Patil hospital in Nerul, the police told the Times of India. Two children admitted to MGM Hospital have died according to the Khalapur Police and a case of accidental death has been registered. The report also says that now the police are investigating if the food had been purposely poisoned by one of natives after being envious of Mane.