Everyone loves a Tic Tac. It’s the mint you have when you don’t chew gum and even otherwise. Here are seven facts you probably didn’t know about Tic Tac.

Tic Tacs are produced by the Italian candy maker Ferrero. You’re more likely to recall their other products such Ferrero Rochers, Nutella and Kinder chocolates.

When Tic Tac was first introduced in 1969 they were called ‘Refreshing Mints’. Not as catchy as Tic Tac, eh? It was a year later that the name was replaced by ‘Tic Tac’. The name was inspired from the rattling sound of the little Tic Tacs you hear when the little box is opened and closed. Listen close next time you open your box. 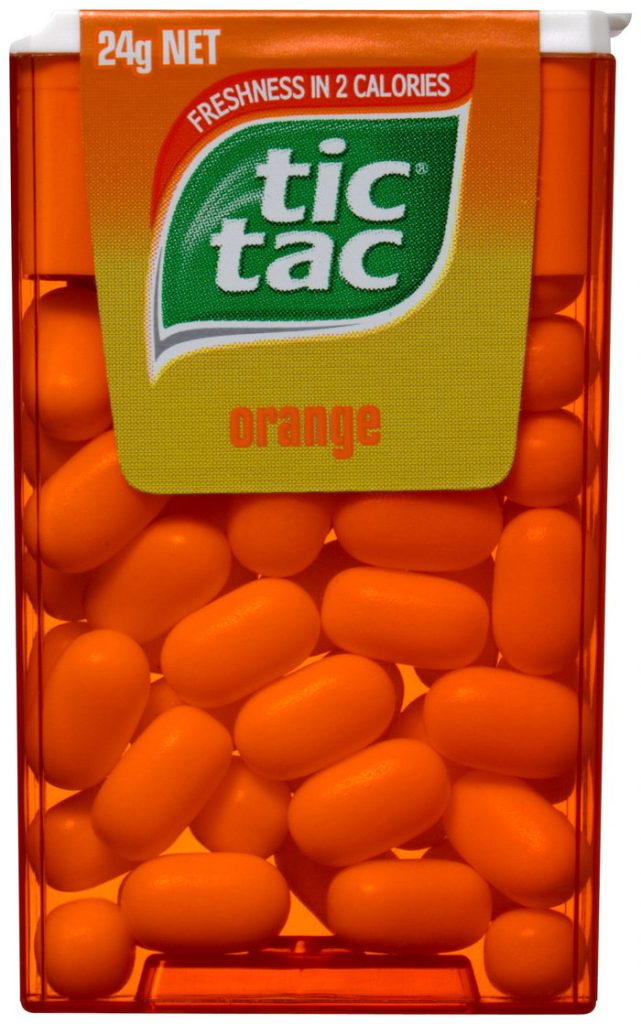 The boxes are coloured but the Tic Tacs are white in most countries because of the ban on food colouring agents. While you may still find a few that are coloured most of them are white but the flavour and scent is very distinctly noticeable when you open the box.

Many flavours were introduced within the first few years of Tic Tac coming in to the market. The grape flavour was eliminated in 1976 because the dye used in making these was named as a suspected carcinogen.

5. You’ve been having Tic Tac wrong all this while

Tic Tacs are meant to be had one at a time. This video shows you why you find it so tough to get a single Tic Tac out of the box. Or you’re showered with too many Tic Tacs. No you’re not supposed to shake, shake, shake the box till you do the disappearing Tic Tac box magic trick. Watch to see how it is done.

6. Not all flavours are available everywhere 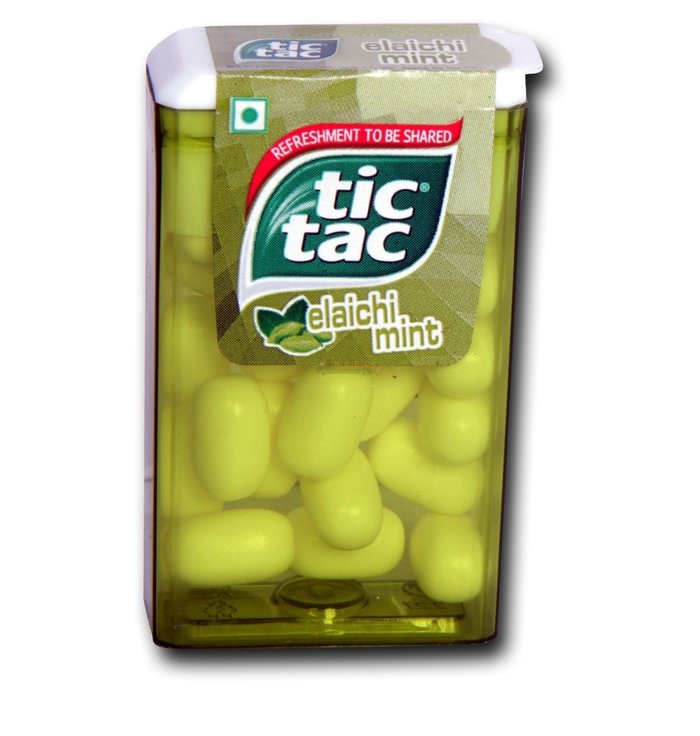 Some flavours of Tic Tac are only available in India! That’s right, the elaichi (cardamom), peach passion are among them.

They used to be marketed as the 1.5 calorie mint but the company dropped the tag line since the Tic Tacs have increased in size and are now 1.9 calorie each. Not really sure whether increasing the size of the Tic Tac is a good thing or not. Is bigger better or is less more? It won’t be bad to call them the less than two calorie mints now

Related Topics:FlavoursTic tac
Up Next

Beef moo’ed out of Maharashtra