You are watching your favourite cooking show and suddenly a few cooking terms comes zooming past the TV that you don’t understand. You take out your phone to google it and it turns into a search for a lost treasure. Why bother with all that work when all you need to know is here. Here are a few cooking terminologies which will help you rule your kitchen and also find that golden treasure at the end.

Aromatics – Commonly used ingredients such as onions, garlic, ginger, leeks and other herbs and spices are called aromatics. They help to enhance the natural aromas and intensify the flavors of other food items that you are cooking.

Blanching – Blanching is a combination cooking method where food items are briefly and partially cooked in boiling water and immediately placed under ice water to stop or slow down the cooking process. It helps to loosen peels from vegetables and to preserve the colour of the vegetable, which helps during plating and presentation.

Clarification – The process of trapping impurities in a broth and transforming it to a clear liquid for cleaner presentation at the table. This is achieved by introducing a mixture called clearmeat into the broth, which contains egg whites, ground meat, any acidic product and mirepoix.

Deglaze – Introducing a liquid, in most cases stock or wine, in a cooked pan to dissolve the cooked food particles remaining on the bottom of the pan. This mixture usually is the base for a sauce, which accompanies the cooked meat.

Egg wash – A mixture of egg yolks and milk(or water) which is brushed onto the dough of a pastry to give it an extra sheen. This is an important aspect of baking as it gives that vibrant yellow colour to the pastry that you are baking. 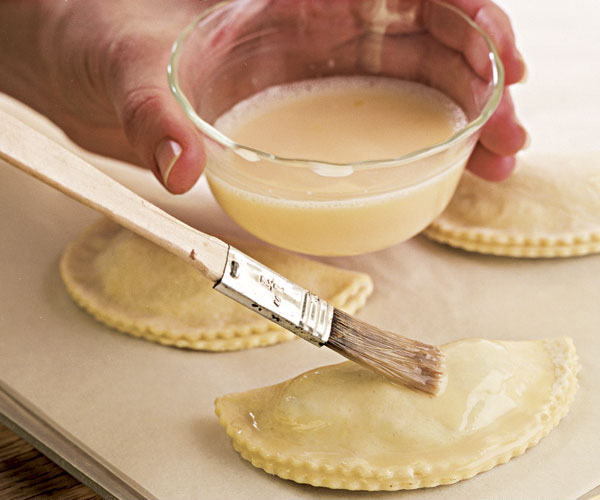 Fumet – A variation of a stock made from fish bones or shell fish shells and vegetables(mostly onions, carrots, celery) simmered in a liquid with various herbs and spices(cloves, peppercorns, thyme, parsley, bay leaves). This stock is mostly used as the base for seafood-based soups and sauces.

Gelatin – A jelly-like substance which is tasteless and odourless containing a mixture of proteins extracted from boiling bones and other animal parts. It is mainly used as a thickening agent and a stabiliser in various food items such as jam, yoghurt and cream cheese.

Homigenization – The process by which milk fat is prevented from separating out of milk products and forcing the cream to not rise to the top.

Instant-read thermometer – A thermometer used to measure the internal temperature of various food items. This is an extremely handy tool to have for even a basic cook as it prevents from overcooking. Some food items tend to get a rubbery texture if overcooked and having a thermometer is crucial to prevent that from happening. 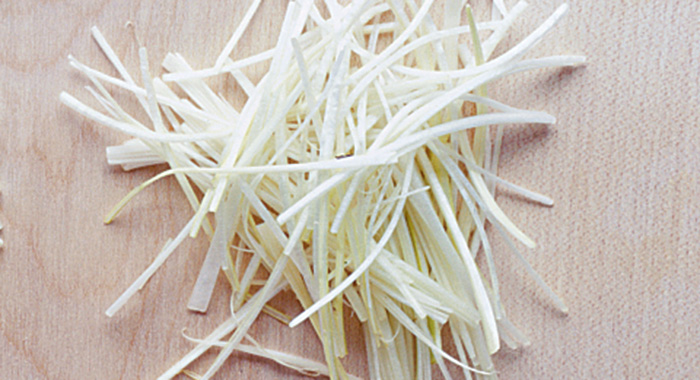 Kneading – Kneading is a process of working the dough to mix the ingredients, especially if you are using any sort of a liquid, and to develop the gluten in the flour. It expands the gliadin and glutenin proteins in the flour to form gluten, which gives all baked products it’s texture.

Leavener – Leavener is an ingredient or process that produces or incorporates gases in a baked product in order to increase the volume, provide structure and give it texture. There are two types of leaveners, chemical and natural. Chemical leaveners include yeast, baking powder, baking soda and baking ammonia. Natural leaveners are steam and air.

Mirepoix – One of the common used terms by chefs, it is a mixture of chopped onions, carrots and celery to flavor various food items such as stocks, stews and liquid base for a sauce. The general mixture of mirepoix consists of 50% onions, 25% carrots, and 25% celery. It is pronounced meer-pwa. 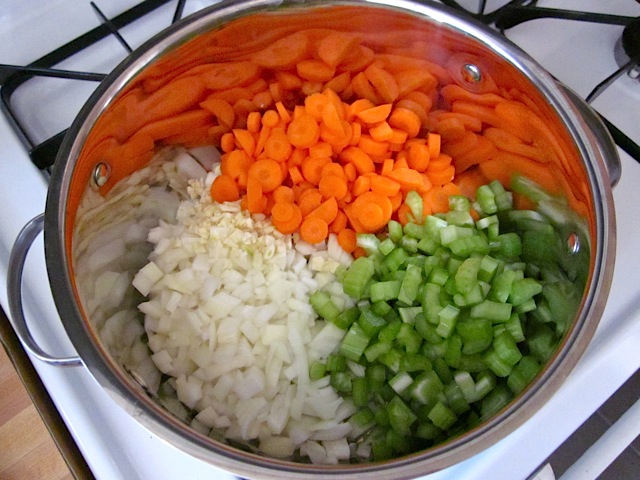 Nappe – The consistency of a liquid, usually a sauce, that coats the back of the spoon.

Oignon piqué – A French term for “pricked onion”. A bayleaf and clove punctured into a peeled onion and dropped into a liquid base. It is used to flavour the liquid for sauces and soups.

Parchment paper – It is a heat-resistant paper used throughout the kitchen for tasks such as lining baking pans. It is mainly used as a disposable non-stick surface.

Quality grades – A guide to the eating qualities of meat such as tenderness, juiciness and flavor based on an animal’s age and the meat’s colour and texture.

Reduction – The process of cooking a liquid until the quantity decreases and forms a saucy consistency. Reducing a liquid by one-half means that one-half of the liquid still remains. To reduce by three-fourths means that only one-fourth of the original amount remains. Reducing by au sec means the liquid is cooked until nearly dry.

Sear – Searing is the cooking method to brown food quickly over very high heat. Searing is usually done to caramelise the meat, and to give it a nice brown crust which acts as a great contrast between the exterior and the soft interior of a meat. 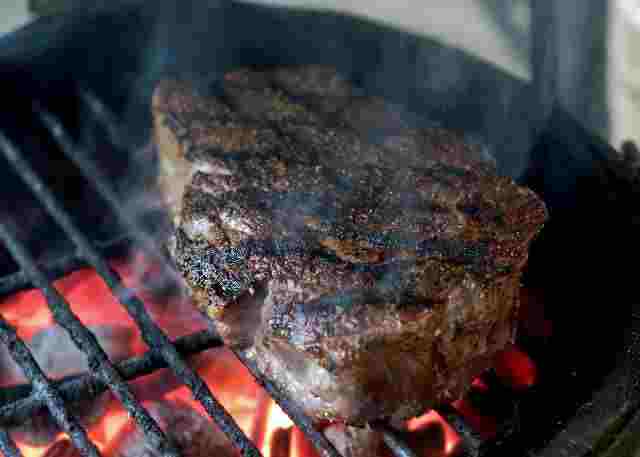 Tempering – A process for melting chocolate during which the temperature of the cocoa butter is carefully stabilised. This gives the chocolate a smooth and glossy look.

Viticulture – The art and science of growing grapes used to make wines. Among the factors considered as part of viticulture include soil, topography(sunlight and drainage) and microclimate (temperature and rainfall).

Whetstone – A flat brick of synthetic abrasives that is used to sharpen and hone a dull blade.

Yeast – Microscopic fungi whose metabolic process are responsible for fermentation. They are used for leavening bread and in cheese, beer and wine making.

Zest – The coloured outer portion of a citrus fruit, the skin, which is usually very lightly grated and used to provide flavour and aroma to dishes.

Related Topics:cookingFood Hacks
Up Next