Tell a health nut you are trying to lose weight and the first things he or she would tell you is “Control your diet”, you ask them how and they tell you “Cut Carbs”. And then you are stuck with the daunting task of figuring how to cut carbs in your rice-filled diet.

Does this conversation sound familiar to you? Have you been faced with this dilemma before? We have, one too many times. So now, here are 10 tasty substitutes for carbs. Trust us, you won’t know what you are missing.

Slice four to five medium-size Zucchini lengthwise into three-quarter-inch-thick strips, Sprinkle Italian seasoning on the strips, place them in a single layer on a nonstick cookie sheet, and bake at 425 degrees F for 20 minutes. Once they are firm, not crisp, Then simply make the lasagna as you normally would, replacing lasagna noodles with the baked zucchini.

The Taste: “Even better! Zucchini adds that crisp texture that the pasta cannot provide”

Cut the squash in half and remove the seeds. Then place each half—cut side down—on a plate with a quarter cup of water. Microwave the squash for 10 minutes or until it’s soft to the touch. Let it cool, then scrape out the “spaghetti” strands and top with pasta sauce and cheese.

The Taste: “Great. Spaghetti squash has exactly the same consistency as real pasta.”

Mix together half a cup of old-fashioned oatmeal, a quarter cup of low-fat cottage cheese, two eggs, and a dash each of vanilla extract, cinnamon, and nutmeg. Process in a blender until smooth. Cook the mixture like a regular pancake. 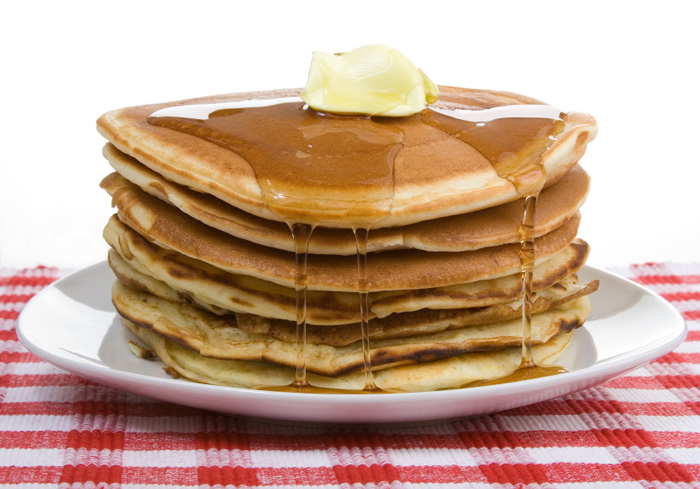 The Taste: “With syrup, you could never tell the difference.”

Tempeh can be bland, but if you spice it up with herbs and spices, it’s a great substitute for potatoes. Sauté a couple of cups of thinly diced tempeh with garlic and onions. Then pour a cheese sauce (sharper is better) over the tempeh cubes and bake for half an hour.

The Taste: “Just like a slightly nutty baked potato.”

Even instant mac and cheese can go lower-carb; use only half the pasta in the box and bulk it up with a couple of cups of frozen mixed vegetables

The Taste: “I hate broccoli, but I wouldn’t mind eating this.”

Substitute: Mixed vegetables or black beans for half the pasta

Same idea as the mac and cheese, but try black beans, diced tomatoes, and chunks of ham, tuna, chicken, or hard-boiled eggs

The Taste: “Awesome. I don’t miss the extra pasta at all.”

Just crazy enough to work: Cut sticks of string cheese into quarter-inch-thick slices and scatter the rounds on a cookie sheet coated with nonstick spray, leaving them an inch or two apart. Bake at 375 F for 4 to 5 minutes or until the cheese melts and turns golden brown. Let them cool, then peel the chips off the tray. 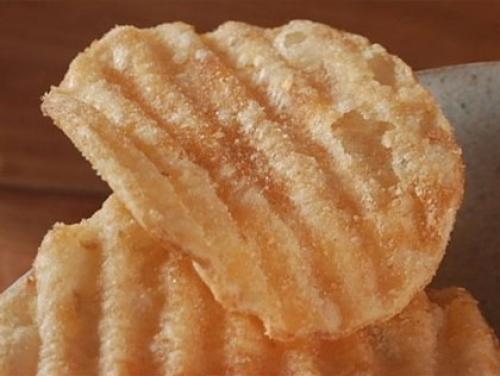 Carbs Eliminated: Up to 90 g per serving

The Taste: “Like the cheese you pull off the top of a pizza.”

Cut the gills out of the inside of the mushroom, then place the mushroom on an oiled cookie sheet and bake for 5 to 10 minutes so it dries out slightly. Add tomato sauce, mozzarella, and pepperoni or other toppings and broil until the cheese begins to melt. 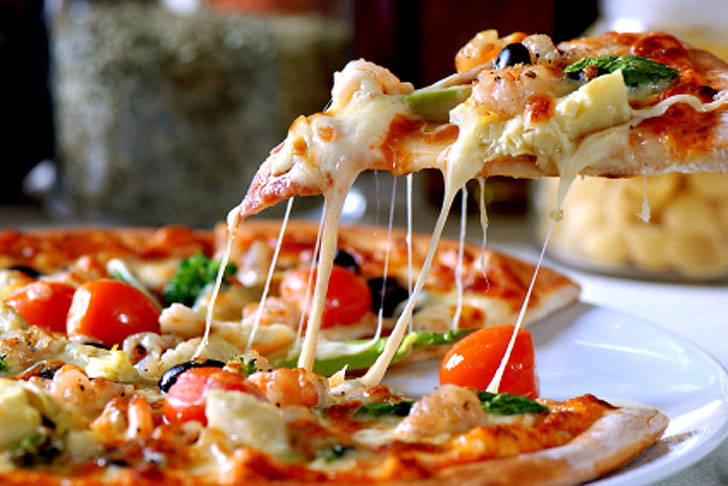 Carbs Eliminated: About 20 g per slice

The Taste: “Like pizza, but moister. Give me a fork!”

Mixing diced eggplant with ground beef is healthier. You have to soften the eggplant first. Cut it in half, brush it with olive oil, and then broil for 10 to 20 minutes. Let it cool, then dice it up, and mix with hamburger, tomato sauce, and spices.

The Taste: “Exactly like Hamburger Helper, in a good way.”

Slap your turkey and Swiss onto a leaf of cabbage and roll it up. Dip the roll in low-fat mayonnaise or mustard.